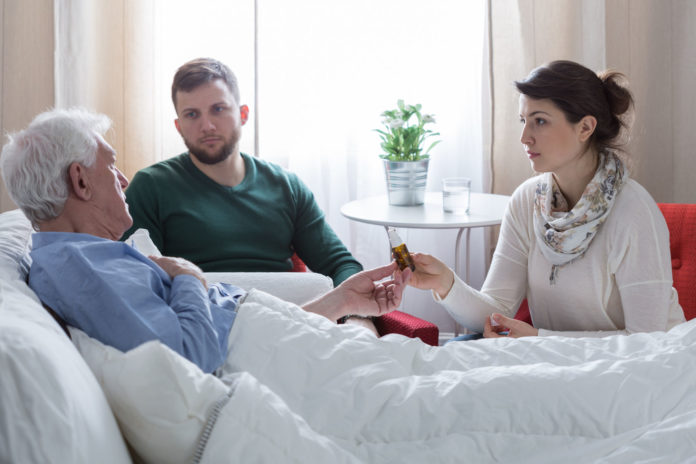 On May 30, President Trump signed a bill into law allowing terminally ill patients access to potentially lifesaving drugs before they are approved by the Food and Drug Administration. This bill, referred to as right-to-try legislation, provides an unprecedented curtailing of the FDA’s regulatory authority.

At a bill signing ceremony, the president remarked, “Thousands of terminally ill Americans will finally have hope.” He is right. With nearly 25,000 patients dying annually while waiting for the FDA to approve potentially lifesaving drugs, opening additional avenues for these patients is paramount. Although right-to-try is inherently risky, easier access to experimental drugs provides more options in literally hopeless situations.

Some will recall the last time right-to-try legislation reached the federal legislature. At the time, similar legislation was approved at the state level in 37 states. Federal right-to-try legislation received glowing endorsements and special attention from President Trump and Vice President Pence (among other political figures). Before reaching the House of Representatives, the bill passed unanimously in the Senate. Unfortunately, smear tactics worked to derail the bill’s momentum, causing it to fail to pass through the House this March.

Although now right-to-try has become federal law, its opponents continue to defame it. Recent popular pieces call it a “cruel joke,” a “sham,” “false hope” that it “wasn’t worth passing,” and legislation “tailored to undermine public health.” While these defamatory remarks are attention-grabbing, they tend to overshadow stories of dying patients who have been given another chance.

A year ago, Shaun Downs was diagnosed with a rare form of pancreatic cancer and given 12 to 14 months to live. With right-to-try’s approval, Shawn has been given “another door of possibilities.” To Shaun and his wife Raquel, who has watched her husband deteriorate from a proud veteran to a weak dying man, the law is anything but false hope. As Raquel remarked, “They’re [opponents of right-to-try] not the ones going through this. They’re telling us no but he’s the one sick. He’s the one suffering here at home. I get to see him sick. I’m the one that has to take care of him, but they don’t understand that.”

Shaun’s chances are still slim. He must still seek his physician’s opinion, get approval from the drug provider, and consider the benefits and costs himself. But these opportunities are all he has now that he is facing certain death and exhausting all other options. These situations are exactly what right-to-try laws were passed for. Now, such opportunities are available nationally, and that’s certainly “worth passing.”