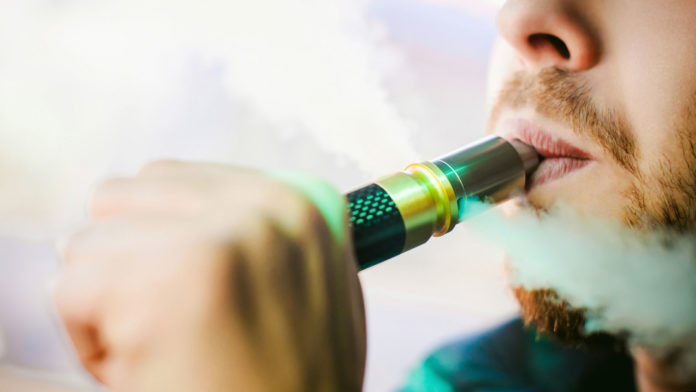 Last March, the U. S. Food and Drug Administration announced its intention to lower nicotine levels in cigarettes to prevent future generations from smoking and to help current smokers quit. In a piece I wrote in May for Inside Sources, I argued these regulations were unlikely to help and could possibly make things worse by motivating smokers to consume more cigarettes or switch to other, less healthy smoking products.

The FDA acknowledged this shortcoming in a regulatory notice which reads, “If a [regulatory] standard were to apply to cigarettes only, it could be substantially less effective.” But instead of heeding potential unintended consequences as a reason to refrain from regulation, the agency seems to be doubling down.

In response to pressures from several health advocacy groups, the FDA is taking action to “rein in the booming electronic cigarette industry.” The agency is particularly concerned that flavored e-cigarette juices instigate teens and youths to take up smoking. As FDA commissioner Scott Gottlieb expressed, “We are very concerned that we could be addicting a whole generation of young people” and, “this isn’t tolerable from a public health standpoint.”

As part of their effort to “address it,” the FDA is launching a vaping prevention campaign and has issued information requests to four e-cigarette companies. But these actions may be just the starting point for more restrictive regulations down the road. As one USA Today article notes, the FDA might consider banning flavored e-cigarette juices entirely.

To be fair, smoking is a deadly habit and e-cigarettes are particularly popular with younger smokers. According to the 2017 National Youth Tobacco Survey, about 12 percent of high schoolers and 3 percent of middle schoolers reported using e-cigarettes in the last 30 days.

Further, evidence suggests e-cigarettes are not the culprit Gottlieb and others suggest.

Although life-long smoking typically begins by high school, the 2014 National Survey on Drug Use and Health finds this trend extends back well before e-cigarettes were available. It is also difficult to imagine e-cigarettes are enticing younger generations to smoke when smoking rates are decreasing. E-cigarettes first entered the U.S. market in 2006. But the 2017 National Youth Tobacco Survey mentioned above finds that the number of middle and high school students using tobacco products decreased by 20 percent from 2011 to 2017.

More importantly, policies banning or restricting access to flavored e-cigarette liquids provides an incentive to seek out other nicotine products. These alternatives are likely to be less healthy (and possibly more addictive) than e-cigarettes. In fact, medical literature frequently finds e-cigarettes are a healthier alternative to many tobacco products and that many smokers use e-cigarettes to help them reduce tobacco consumption or to completely quit smoking. One estimate finds that switching from cigarettes to e-cigarettes could save 6.6 million lives over a 10-year period.

Despite the best of intentions, efforts to regulate vice frequently fail and can lead to harmful secondary effects for those they intend to help. Efforts to reduce smoking rates are a prime example. Sadly, the FDA seems to picking up the habit. Let’s hope it quits before it starts.