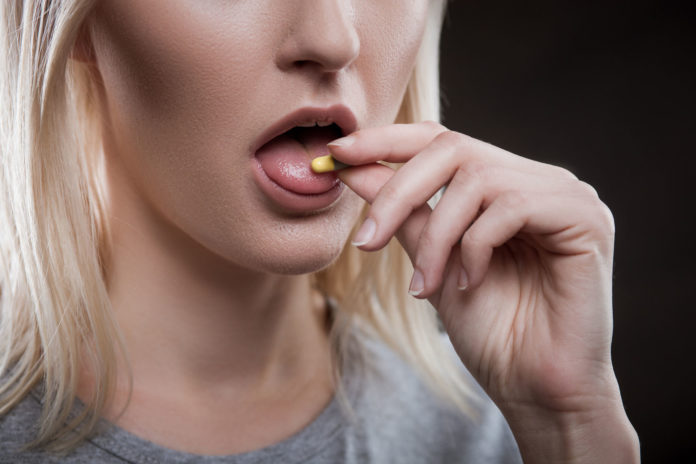 DMA, more commonly called “ecstasy” or “Molly,” is an illicit substance often taken to induce euphoria. The Controlled Substance Act considers MDMA a Schedule 1 controlled substance, which has no known medicinal benefits and a high likelihood of abuse.

Penalties for using or distributing MDMA are considerably high even for a Schedule 1 substance. In 2001, the U.S. federal government increased penalties for people convicted of dispensing over 50 grams of MDMA to a four-year prison sentence and up to $4 million in fines. These penalties could double if the buyer was harmed from the exchange. Similarly, possessing 5 grams of MDMA can result in a prison sentence ranging from 4 to 50 years.

Despite having no known medicinal benefits, the potential to cause harm, and higher-than-usual criminal penalties, the drug is enjoying new interest in psychotherapy research.

Currently, MDMA is in the early stages of FDA approval to treat post-traumatic stress disorder (PTSD). Furthermore, the FDA granted a “breakthrough therapy” status to MDMA last August. This means the agency will expedite testing of the drug. Breakthrough therapy status is granted only to drugs when “preliminary clinical evidence indicates that the drug may demonstrate substantial improvement [compared to other available treatments].”

Receiving treatment for PTSD in many cases requires patients to relive traumatic experiences to learn effective coping techniques. However, some memories and experiences are so distressing that patients cannot tolerate recalling them, making it difficult to complete therapy. MDMA, with its ability to produce euphoric feelings even when the brain perceives a threat, provides a unique ability to help those with PTSD.

But something is amiss. How can MDMA, a drug currently deemed to have no known medicinal properties, be under special consideration by the FDA to treat PTSD? The question is all the more troubling when we review the history of MDMA and how long its medicinal use has been known by pharmacologists and psychiatrists.

Although its psychoactive effects were discovered in 1914, MDMA wasn’t used in psychotherapy until the 1970s, when a small group of U.S. psychiatrists used it to treat patients suffering from trauma. Word of its beneficial use spread, and prior to the early 1980s approximately half a million doses were taken.

Despite the promising initial research, the DEA banned MDMA and issued its scheduling in 1985. Medical professionals protested the agency’s decision, and the scheduling of MDMA was lifted for one year. The judge overseeing the case then recommended a Schedule 3 classification to allow for more medical research. The recommendation was ignored, and MDMA was given a Schedule 1 classification again in 1986.

The DEA’s decision has worked to curtail promising medical research examining MDMA’s beneficial uses. As an article in Nature Reviews notes, “An important and unfortunate outcome of the controls placed on these and other psychoactive drugs is that they make research into their mechanisms of action and potential therapeutic uses — for example, in depression and post-traumatic stress disorder — difficult and in many cases almost impossible.” Understandably frustrated, physicians have criticized the DEA’s deleterious decision as “counterproductive” and “a reactive, largely blind decision.”

However, research in the United States was curtailed again by meddlesome politicians. This cut off access to a promising therapeutic tool. A 2008 study published in the Journal of Psychoactive Drugs examined the efficacy of MDMA in treating women with PTSD resulting from sexual assault.  It found low doses of MDMA were psychologically and physiologically effective. The study’s abstract, however, explicitly notes, “Although this study was originally planned to include 29 subjects, political pressures led to the closing of the study before it could be finished, at which time only six subjects had been treated.”

The story of MDMA provides two critical lessons. First, physicians and drug producers frequently find effective uses of drugs without government involvement. Now nearly 50 years after MDMA’s first successful use to help mentally distraught patients, physicians are finally able to pick up where they were before.

Second, and most importantly, MDMA provides yet another example of overly stringent government regulations creating more harm than good. With neither the knowledge nor incentive to determine which drugs warrant prohibition or additional consideration, what else would we expect?