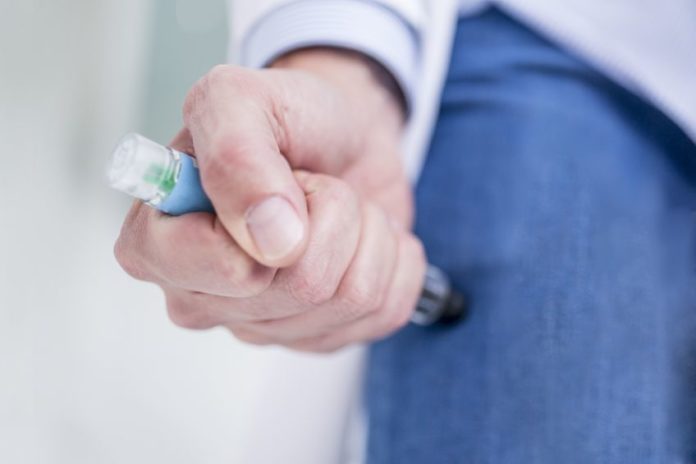 The Food and Drug Administration recently approved the first generic version of EpiPen. EpiPens provide swift, and potentially lifesaving, treatment for those with anaphylaxis (allergic reactions requiring emergency medicine). Anaphylaxis is surprisingly common, affecting between 1.6 percent and 5.1 percent of the U.S. population.

The release of a generic alternative to EpiPen provides medical and financial relief for millions of Americans. It also comes at a critical time. As FDA Commissioner Scott Gottlieb remarked, “This approval means patients living with severe allergies which require constant access to life-saving epinephrine should have a lower-cost option, as well as another approved product to help protect against potential drug shortages.”

Far from being “potential shortages,” EpiPens are currently in a global shortage, exposing millions to elevated risks of going into anaphylactic shock without readily available treatment. According to Food Allergy Research and Education (FARE), about 200,000 people require emergency medical care annually for food allergies alone. With millions of people desperately try to fill prescriptions for themselves and their children (especially as the school year begins), these numbers are likely to increase.

Over the past several months, the FDA has floundered to provide solutions. Shortly after approving a generic EpiPen, the agency called on drug providers to expand EpiPen’s expiry date by four months. Extending expiration dates might delay patients from refilling prescriptions, but this is at best a short-term solution. To meaningful address shortages, we need more competition in the market.

Economic principles teach us that when producers earn profits by selling high-priced goods to consumers, other firms enter the market and compete away those profits by lowering prices, offering higher-quality products, and better satisfying consumer wants. But when regulation prevents firms from competing, prices remain high and consumers remain worse off.

The pharmaceutical and medical device industry is without question one of the most regulated areas of the U.S. economy. The FDA’s burdensome approval process and lavish patent-granting process, although well intended, give power to regulators instead of to patients, which acts to cripple competition. The FDA’s role in the EpiPen market provides a clear example of how competition provides better solutions than regulation.

Between 2010 and 2016, EpiPen received three patents protecting it from competition. Over roughly the same period, its price increased nearly 500 percent. Predictably, consumers grew frustrated and access to much-needed medication became exceedingly difficult. Recent concerns over EpiPen are largely continuations of problems that began at least five years ago.

But even in highly regulated markets, competition often finds a way. In late 2015, after EpiPen’s manufacturer raised its prices to nearly $300 a pen, pharmacies began ordering Adrenaclick. Although less popular than EpiPen, Adrenaclick served largely the same purpose as EpiPen and was able to compete away some of EpiPen’s profits. During EpiPen’s price surge Adrenaclick’s market share increased from 1 percent to 7 percent, prompting EpiPen’s producer to lower its price. A similar situation can be found in the United Kingdom. Although EpiPen currently constitutes about 70 percent of the market for emergency allergy medications, competition from European drug producers keeps EpiPen prices down (it currently costs about $60). In both cases, competition from competing drug providers kept EpiPen prices down and allowed for more patient access.

But wouldn’t reducing regulation introduce less safe and effective products to the medical market? While possible, it is important to note the current FDA system is considerably flawed.

For instance, the FDA’s postmarketing surveillance period (the period of time when the agency monitors a product for safety concerns after approving its commercial use) is typically as long as the approval process itself. Further, FDA recalls after approval are both common and predictable. A 2016 paper published in the Journal of Internet Medical Research featured an algorithm that used search engine data to more accurately predict longer-term drug side-effects than “regulatory authorities.” Technological breakthroughs like these and other efforts by private actors suggest competition can provide effective alternatives to FDA regulation.

Releasing a generic alternative is a great start to resolving the EpiPen shortage. But it is only a start. The only reliable remedy to mitigate shortages of any product is to allow competition in the market. Although competition may be an imperfect solution, it has fewer side effects than regulation.